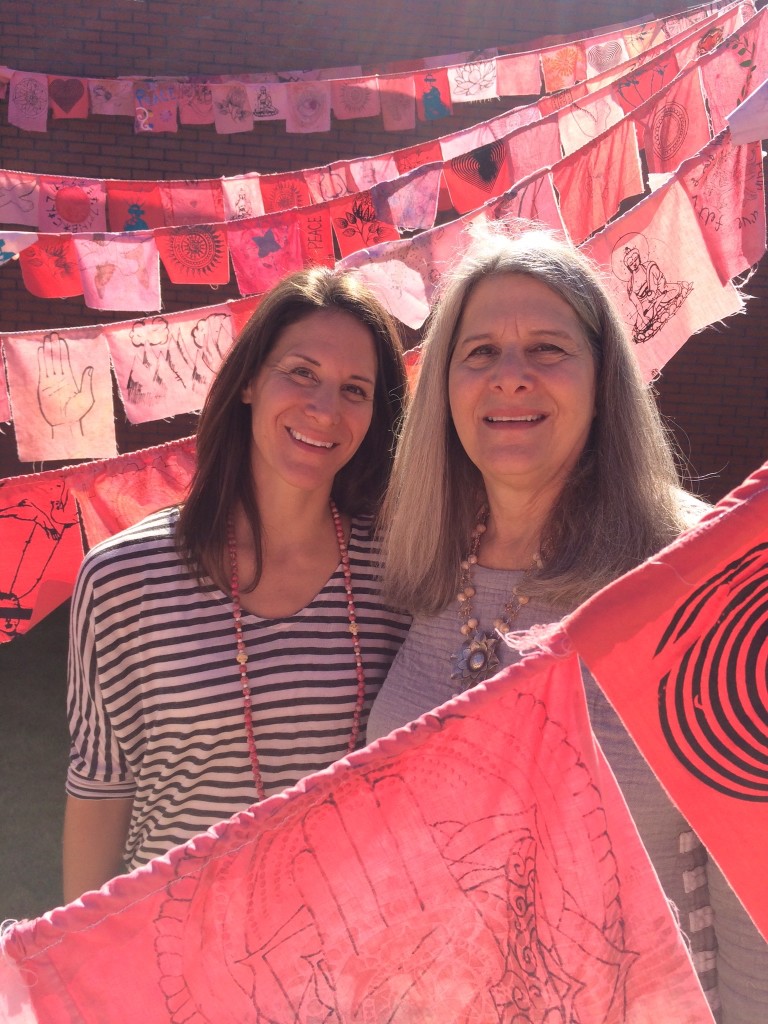 A year ago we were heading to Birmingham, Alabama to see the Dalai Lama. My mom and I had spent the previous five months collecting handmade, artful prayer flags in honor of the visit. We led workshops in Alabama and Arizona. The whole city of Birmingham got involved–it was part of the University (UAB) curriculum in many departments. The Sculpture department created an installation with 1,000 flags.

The idea was to honor His Holiness the Dalai Lama and to let Birmingham be draped in prayer flags to celebrate the progress and change in such a historical city for the civil rights movement–the city where I grew up and where I felt it all. All of it. His Holiness was drawn to Birmingham precisely because of its past and specifically the work of Martin Luther King, Jr. The two men had a lot in common.

Through our efforts, and in collaboration with the Mayor’s office, my mom and I collected over 4,000 flags. And they were, in fact, blanketing the city just as we wanted for his visit. We worked with Regions Field to hang thousands of flags there for the day of the Dalai Lama’s lecture. There were so many flags that they wrapped round the entire field twice and the upper balcony (look closely in the pictures below). Area museums, restaurants, art studios and even West Elm got in on the action.

It was love in action. The project grew wings and it flew thanks to so much love and energy. 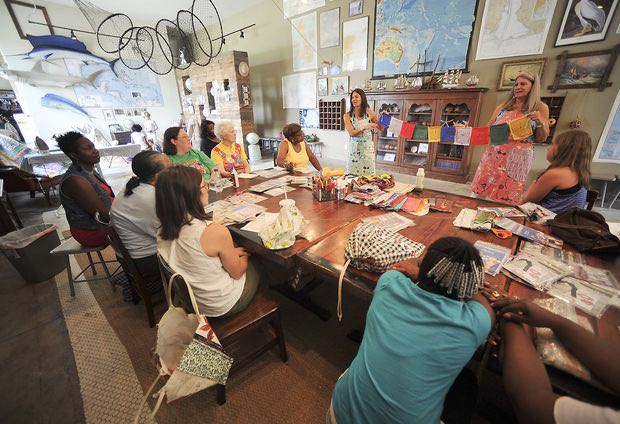 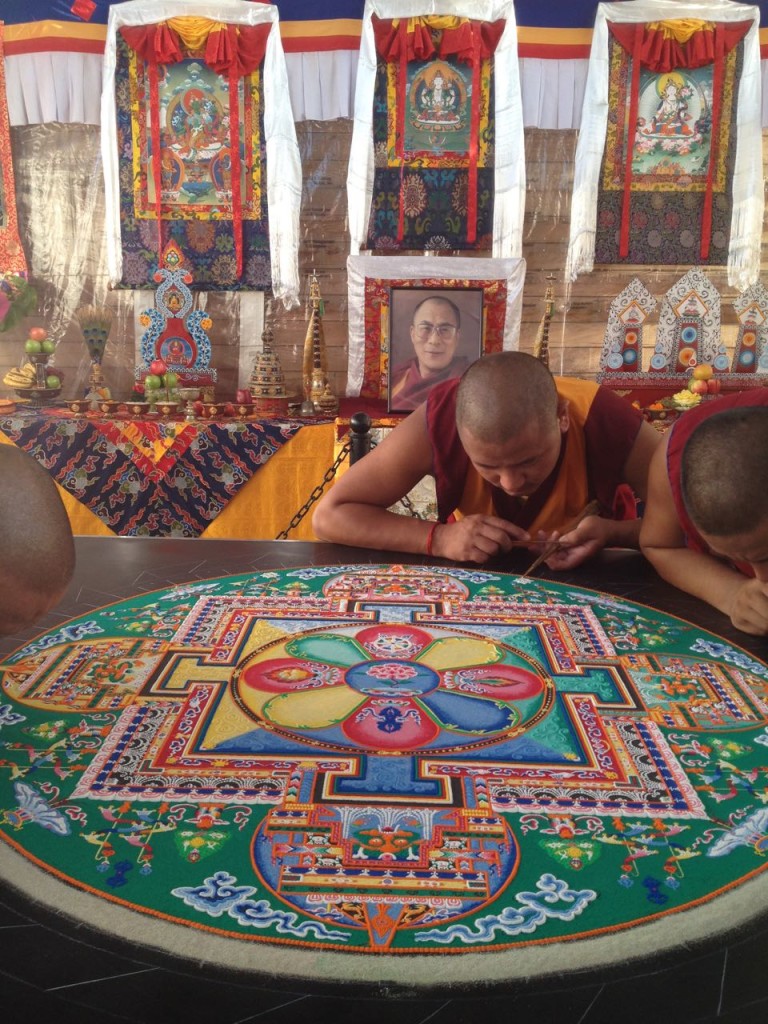 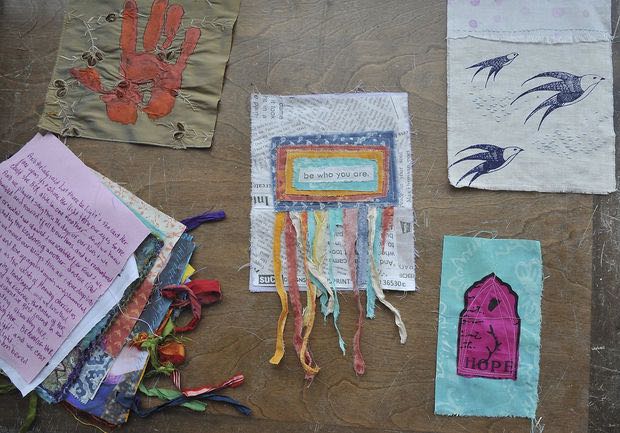 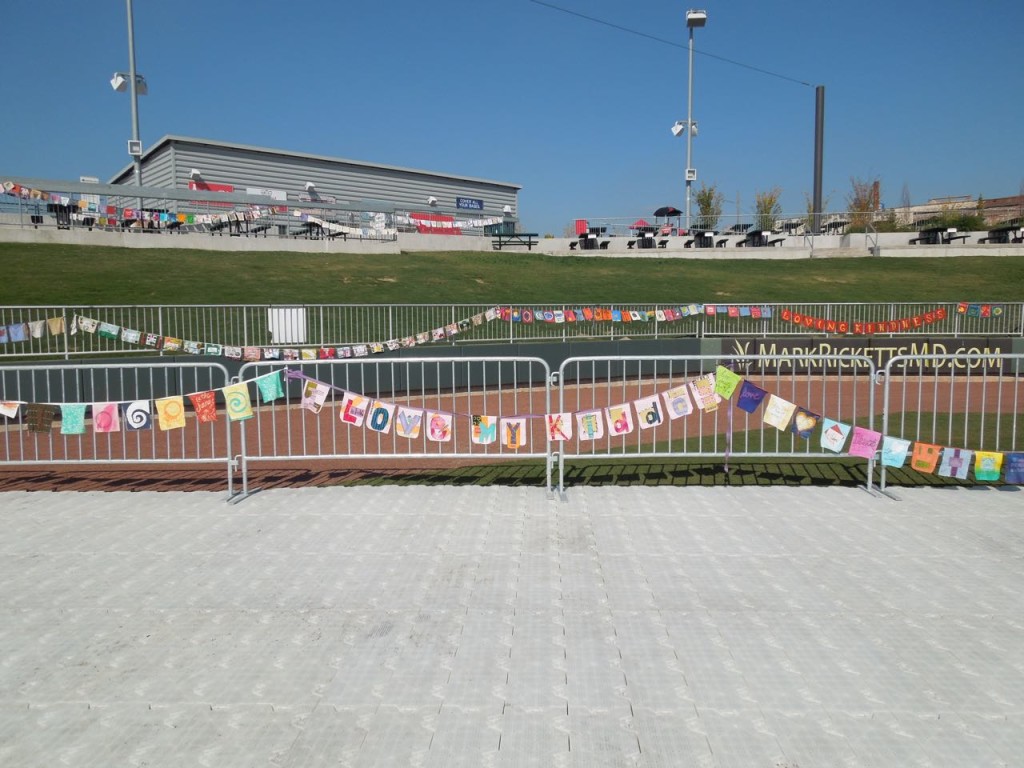 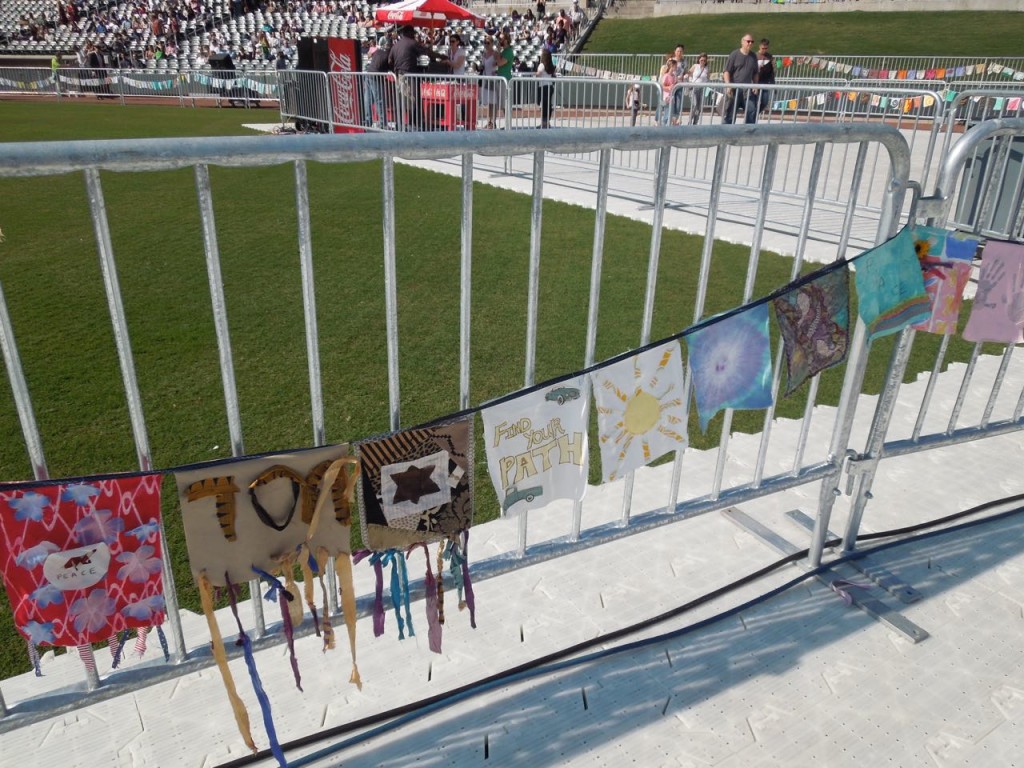 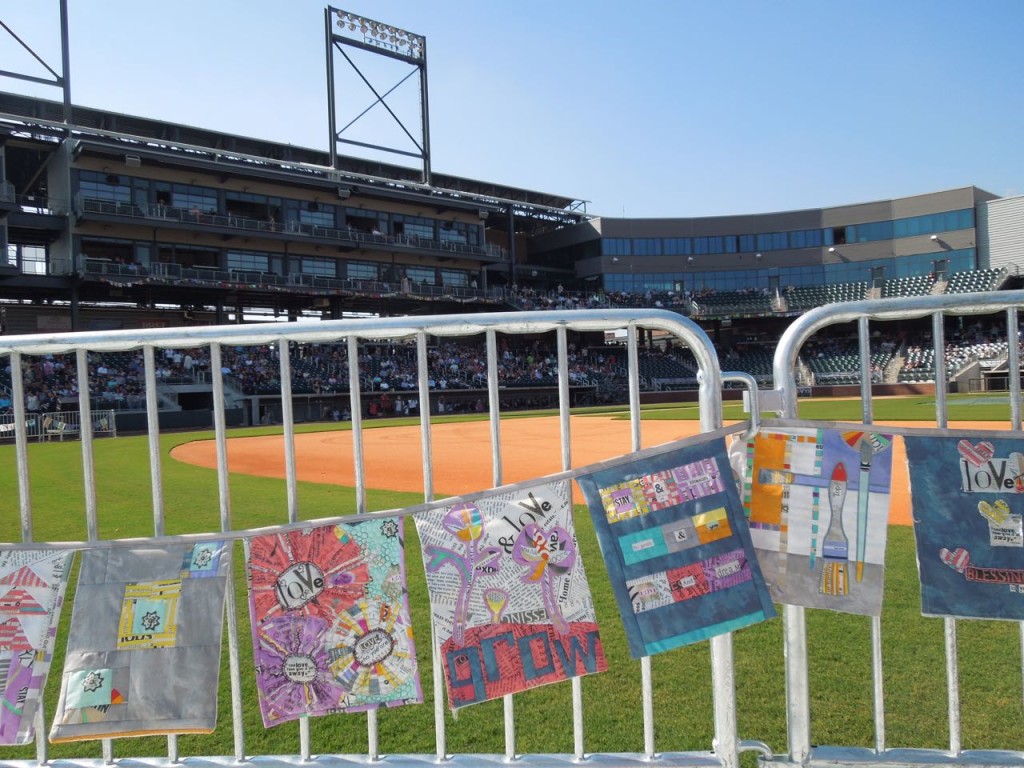 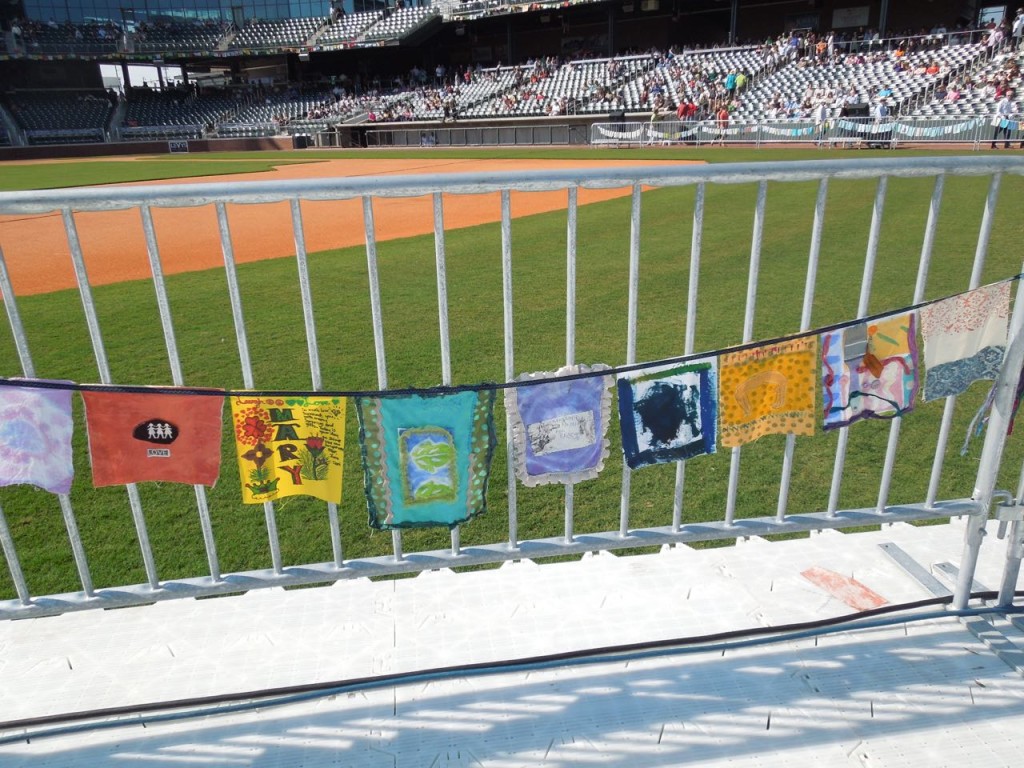 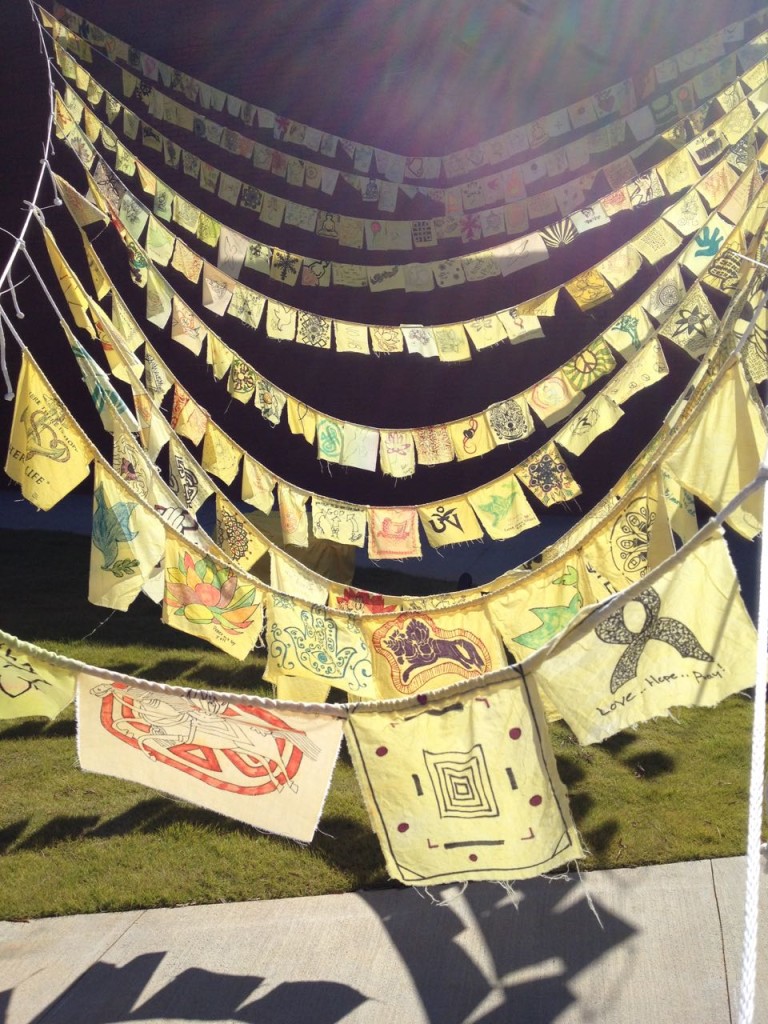 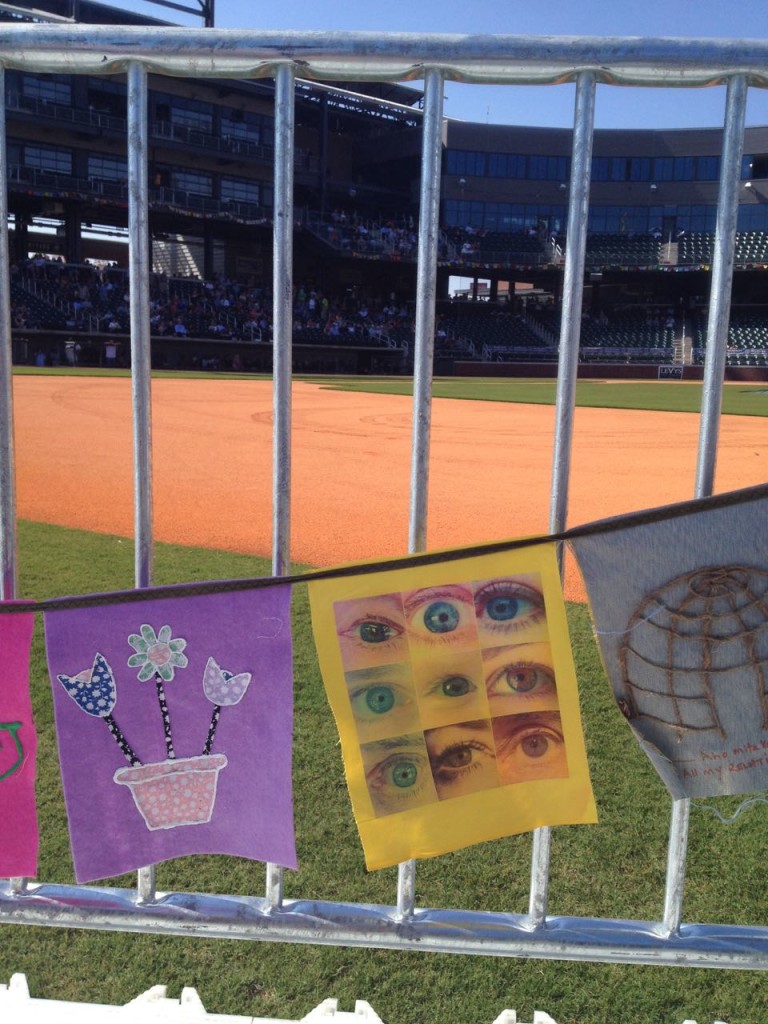 But for me, the whole thing was deeply personal. As a person drawn to Buddhism, and as a person who grew up Jewish in the 1970’s in Birmingham (although I no longer am Jewish) and felt deeply the injustices of the South, it was a sacred, months-long meditation. It was a way to heal from all the pain and persecution I experienced personally and also saw in front of me growing up. The civil rights movement wasn’t quite yet history when I was a child, it was all around me still. It felt like a tremendous and holy thing to hold the project and all the love it contained. Each package that arrived filled with ten or 100 flags evoked tears. We were receiving so many prayers.

A key aspect of buddhist teaching is non-attachment. I struggle with this. You know, impermanence and all? I’d love to think I’m not attached to outcomes, people, events, the world. But I am. Non-attachment is meant as a release from desire and consequently from suffering. But I love this world and this life and everything it and I have a white-knuckle grip on it.

The idea of not attaching to outcomes was called into play during this project because after we draped the town and attended events and I did the one thing I wanted to do, which was to take my family to hear His Holiness speak, well, it was just over. We don’t know if His Holiness saw the flags. We didn’t meet him although I secretly hoped we would. I was more attached than I wanted to think I was to the idea he would see the flags and would acknowledge them in some way. But he didn’t. And that was my spiritual teaching about ego and non-attachment. I had to just let go and be so grateful for all the love for the project and trust that we did our work in the right spirit. Sometimes looking for acknowledgment is just the hungry ego wanting its next meal.

For me, the spiritual work of the project was heading home to a place where I suffered as a child because of people’s ignorance–bearing hands full of prayer and draping them in the one place which, to me, represented the worst of it all. Right there in front of the 16th Street Baptist Church, there is a park called Kelly Ingram Park. And in that park is where Bull Connor and his men opened water canons and unleashed dogs on innocents. My mom and I didn’t get permission from the city but we went there and hung a few hundred prayer flags right above a sculpture of a water canon. I cried the whole time. My mom sang her prayers as we wrapped the flags around trees. A local man watched from a bench and cried along with us as he watched what we were doing. I’m crying now just remembering the significance of that one action–using the collected artful prayer flags as a prayer for peace and kindness–as an honoring–as celebration–as a blanket over suffering from the past–and as an acknowledgment of the work still to be done. It healed me. 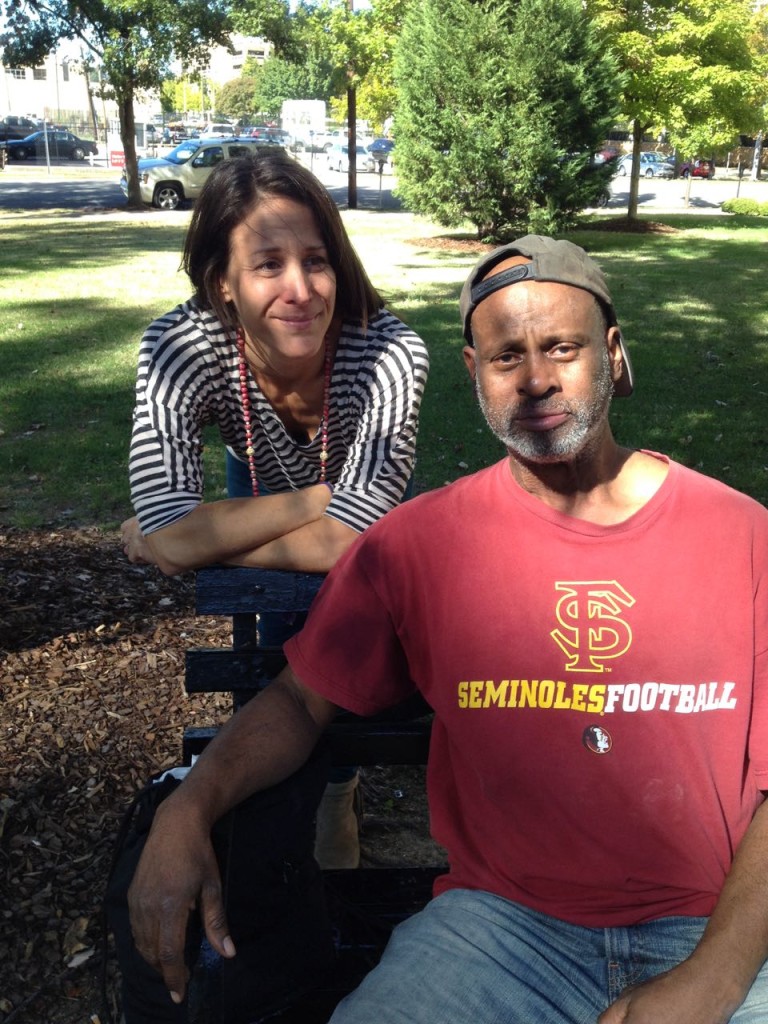 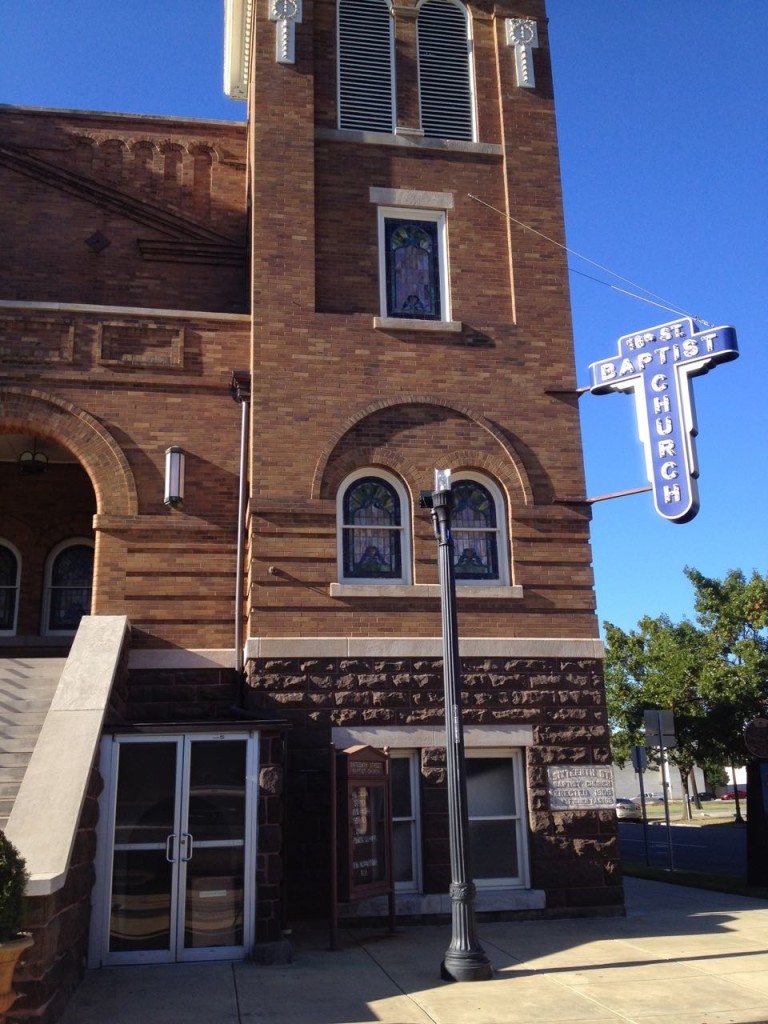 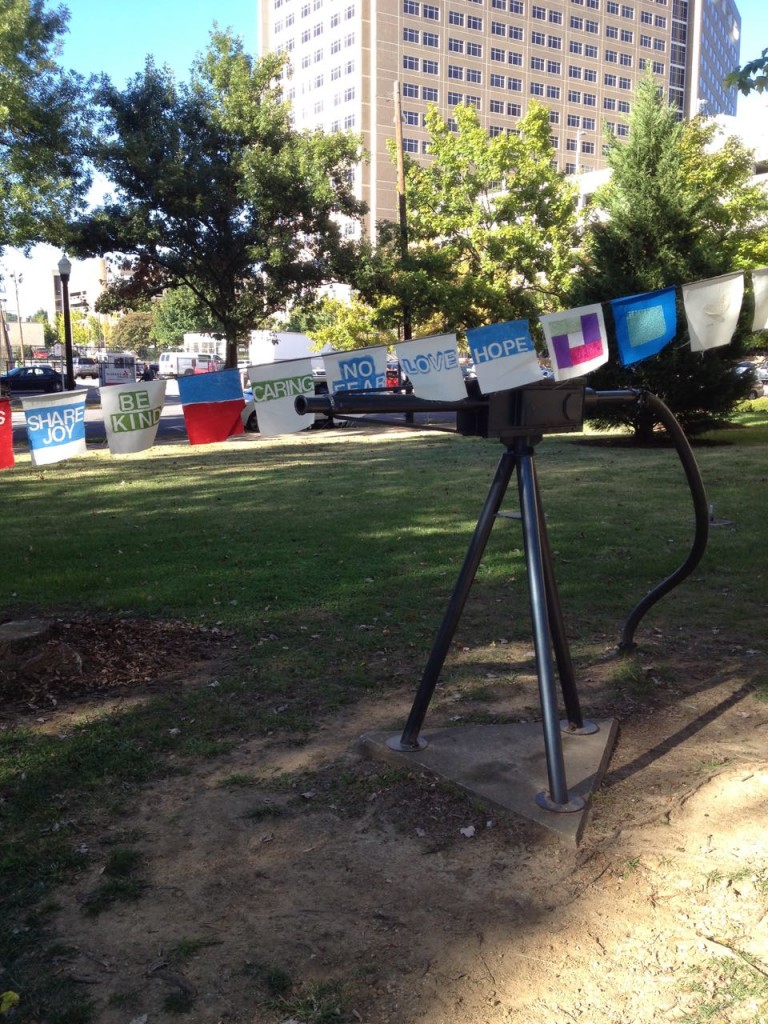 I want to thank all of you who sent packages of love and flags to our project. I witnessed so much loving kindness and desire from people to help contribute. People wanted to help and heal with art. People cared so much. Each of the over 4,000 flags was special and sacred. Each prayer was sent on the wind.

You and your vision were such a gift to the Magic City!
Thank you, Carrie B.!

What an outpouring of love and prayers! Seeing them even in the photos is very moving. It’s so interesting that doing this was also a learning experience for you, accepting the purpose of the work and feeling gratitude xx